Over the last decades, the Academy of Music in Sarajevo has lost a number of teachers, members of older generations, who had constructed the Academy as an institution of their own and collective interest, contributing to its status as the most significant and largest institution of higher music education in the country, renowned abroad as well.

Here are brief remembrances of those who passed away over the last decade:

She completed piano studies in Sarajevo, in the class of famous Prof. Marian Feller, and her postgraduate studies in Ljubljana, in Dubravka Tomšić’s class and in the Gnjesinas School in Moscow in 1974. Her academic career at the Academy of Music in Sarajevo started in 1994. As a pianist, she often appeared as a soloist, less frequently in chamber ensembles, and her pedagogical work is immeasurable, even beyond Bosnia and Herzegovina. She educated a large number of pianists and was a founder of a special piano-playing school in BiH, which is characterized by a specific performance and her students, now significant pianists in Bosnia and Herzegovina.

She started her music education in 1939 as a piano pupil in the District School of Music. She completed the Secondary music school in 1953, which was also the start of her first composing pieces for piano, performed by no other than her teacher, the famous Croatian composer Boris Papandopulo, who briefly worked in Sarajevo. In 1955 she was admitted to the studies of conducting in Mladen Pozajić’s class, and then, in 1957, to the studies of composing as well, in Miroslav Špiler's class. She completed the undergraduate and postgraduate studies of composing in 1966, at the Academy of Music in Ljubljana, in L. M. Škerjanc's class. She worked at the Academy of Music in Sarajevo from 1969, and received the title of full professor in 1984. She retired in 1989. Besides her pedagogical and composing work, she was active as a writer and co-author of professional writing, textbook literature forpupils and teachers of music education, papers and studies in professional journalism. She was also a member of the jury for the selection of the anthem of Socialist Yugoslavia in 1984. She was the first woman-composer in Bosnia and Herzegovina, of a small opus primarily of chamber type, of neoclassicist organization of expressive elements and prominent lyric emotionality.

He completed the secondary school of music and his first degree in the faculty of mining in Tuzla. He continued his music education in Sarajevo. He graduated in theory and pedagogy in 1967, and in ethnomusicology in 1988. He received his master's degree with a theme on polyphony from the Department of Composing and Conducting, major in composing, and took his Ph.D. degree in 1995, with a theme in the area of ethnomusicology. He worked at the Music Academy from 1968 as a part-time teaching assistant, then as an assistant professor for the course in Solfeggio, and from October 1995 as an assistant professor for the courses in Solfeggio and Ethnomusicology. He was involved in ethnomusicological research and published a large number of studies and papers, notably Missa Quotidiana, the first writing about this form of sacred musical practice in Bosnia and Herzegovina. It is of special importance that, within ethnomusicology as a science, his doctoral dissertation started broader research in the area of organology and therefore today, due to his and others' research, we have a fairly reliable map of folk musical instruments in Bosnia and Herzegovina. Vinko Krajtmajer was a folklorist and functionalist, which means he was a man of the people who was allowed a joke, an easygoing life, the lucid seriousness of an experienced mind, and he was resourceful in any moment of his life and in any life situation.

She was an ethnomusicologist who succeeded her  father  Cvjetko  Rihtman both as a teacher at the Music Academy and as a follower of his ethnomusicological views on traditional music practice: she completed music studies and postgraduate studies in the area of ethnomusicology in Sarajevo, in C. Rihtman's class. She taught at the Music Academy from 1972 to 1987. She published a large number of scientific papers related to traditional music in Bosnia and Herzegovina; she was the chairperson of the Union of folklorists' associations of Yugoslavia. For her work, she was awarded a series of recognitions and diplomas. She served as the Dean of the Academy of Music in the period 1985-1986.

He was an artist, flutist and a teacher of special importance for his colleagues and the history of music in Bosnia and Herzegovina. During his 45-year career he educated many flutists of highly cultivated flutist sound in Bosnia and Herzegovina and Yugoslavia. He was born in Pljevlje, where he completed primary school, junior secondary school and three grades of piano at music school. He was taught the piano in a newly-established secondary school of music in Pljevlje in the 1948-49 academic year, and then at the secondary school of music in Sarajevo. He studied flute at the Academy of Music in Zagreb, in the class of the famous concert player and professor Theo Tabake, and graduated in 1961. He trained with Jun Doližikov at the "Tchaikovsky" Conservatory in Moscow in 1974/75. He started teaching flute at the Music Academy in 1962, and received the title of full professor in 1985. He retired in 2007. Besides solo performances, significance is attached to his participation in the ensembles Momus and Sarajevo baroque trio. He had a number of BiH composers' pieces in his repertoire.

He learned violin in Dubrovnik and Rome at the "Santa Cecilia" academy, in Prof. G. de Vita's class. He completed studies in 1956, at the Academy of Music in Ljubljana, in Prof. Leon Pfajfer's class. He worked at the Music Academy as a violin professor from 1963-1988. The most important part of his artistic career pertained to his pedagogical work, as well as to the leadership of the Chamber String Orchestra within the Musical Youth of the City of Sarajevo, and then of the Sarajevo String Orchestra, which gave over 100 concerts across Bosnia and Herzegovina and abroad.

He completed secondary school in 1955, and the Music Academy, in the Department of Theory and Pedagogy, with piano as a minor course, in 1959. At the same time, he studied the double bass. He completed his postgraduate studies in 1964. He started working for the Music Academy in 1963, first as a teaching assistant, then as a lecturer, assistant professor, associate professor and finally, in 1984, he received the title of full professor, all this time working on the courses Harmony and Harmonic analysis. He served as the Dean of the Academy of Music in two terms (1976-1981), the head of the Department of Theory and Pedagogy (1983), and was socially active in bodies that were socially relevant and worthy of life and working activity at the time. He retired in 1992. Besides pedagogical work, he was involved in research and published a few textbooks in the area of harmony and significant studies on BiH music, as well as a number of papers on the musical work of Aleksa Šantić, Franjo Matejovski and Ivan Demeter, about the first people who recorded and processed BiH folk songs, the composers and conditions in the education and culture of Bosnia and Herzegovina during the Austro-Hungarian administration, HPD Trebević and also musical life at the end of the Turkish administration.

She completed the violin at the Secondary school of music in Sarajevo in Ivo Đino Sagrestano's class, studied at the Academy of Music in Sarajevo in 1972 and postgraduate studies in 1974, in the same professor's class. He trained in Cologne (Germany) in Prof. Igor Ozim's class. She also studied English and Philosophy at the Faculty of Philosophy in Sarajevo. After the title of teaching assistant- trainee in 1974, she received the titles of teaching assistant, then assistant professor, associate professor and, in 2003, full professor. Radoslava Medle's artistic activity was rich with pieces from world music literature and BiH composers, as she was the first to perform some of the latter's pieces, e.g. Concerto for violin and orchestra by Vlado Milošević. As a soloist and concert player she appeared at a number of concerts in this country and abroad.

He completed the Secondary school of music in Sarajevo in 1963, with clarinet as the main subject, in Prof. Radan Aleksij's class. With the same professor, he graduated from the Academy of Music in 1967 and from the postgraduate program in 1979. He started working at the Academy as a teaching assistant in 1971. He received the title of full professor in 1997. He was a co-founder of the ensembles for new music MOMUS and MASMANTRA. He performed over 100 compositions written by about 60 local and international composers, among them as many as eleven concertos for clarinet and orchestra with the orchestras of RTVS and SF, the Symphony Orchestra of Niš and the Symphony Orchestra of Mostar. 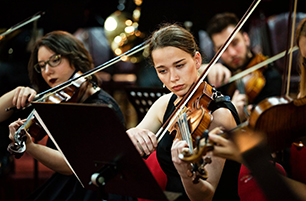 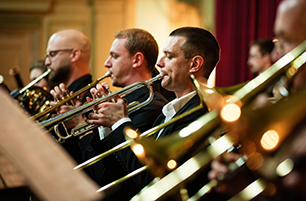 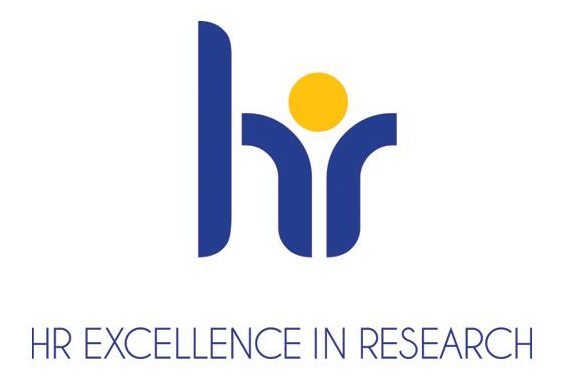